Rice for Breakfast is a podcast about Asian Americans in Pop Culture. Each week I, Ian de Borja, will have a conversation with an Asian American who helps create the unique landscape of popular culture. 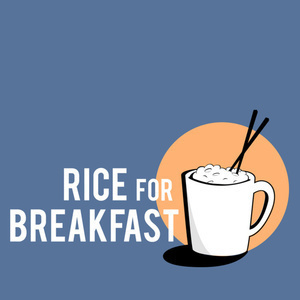 This week’s guest is comedian, is award-winning writer, actor, filmmaker, storyteller and cultural producer, Naomi Ko. Naomi's independent tv pilot, Nice, is an official selection for the 2018 Tribeca Film Festival in the Indie Episodic Category. Naomi created, wrote, and stars in this half-hour series pilot about Teddy Park, a 20-something Korean American living in Minnesota, who must deal with the consequences of keeping her breast cancer a secret from her friends and family.

In addition to her pilot, Naomi does a ton of amazing work for Asian Americans in her home state of Minnesota including founding the The Asian Pacific Islander American (APIA) Minnesotan Film Collective is a first-time initiative to create space and opportunities for the APIA filmmaking community in the Twin Cities.

Naomi and I sit down to talk about about why Minnesotans are so nice, racism in musical theatre, the importance of Sandra Oh's portrayal of Dr. Christina Yang on Grey’s Anatomy, her homoerotic Harry Potter Fan Fic that she performed on Netflix’s MORTIFIED, her classes and strategy for fighting microaggression and much more.